“The uncertifiable chaos pilot’s university in a book“

“Nothing – The building block of the universe“

“Whitepaper – The path of the lost genius“ 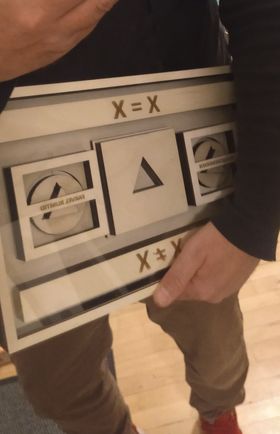 As a part of my journey of discovery I have designed and produced a number of philosophical objects. The purpose of these objects is, in a general interpretation, to give you an opportunity to hold in your hand different interactive objective expressions of the way in which unifying collisions of fluidity and solidity determine your position in and experience of an absent universe. Working with the externalisation of metaphysical thoughtprocesses helps testing otherwise exclusively abstract ideas as gravitationally determined artefacts integrated in chronological space time also.

I consider myself the first and most likely also only (selfeducated) philosophical toolmaker in the world. 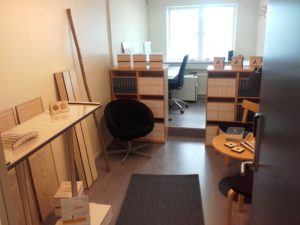 This introductory link will take you to a short video of a temporary sales-office promoting the objects set up in 2016/2017.

A game with no rules (flanked by symbols of the first incarnation, Niels Bohr, the messenger, and the second incarnation Jimi Hendrix, the philosopher)

The building blocks of the universe

The fluidity solidity collider (you) objectified by folding a piece of paper in a triangular form and cutting two holes, one circular and one square in one of the sides 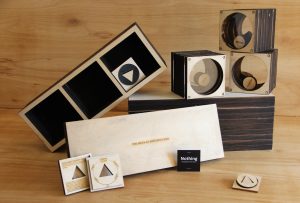 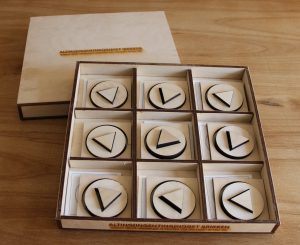 The nothing-something-everything piece (the worlds first handheld consciusness: a personal computer using the universe a a processor) 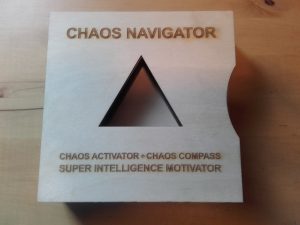 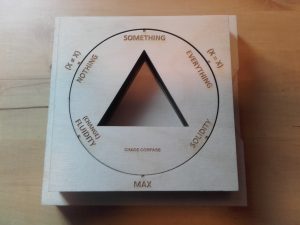 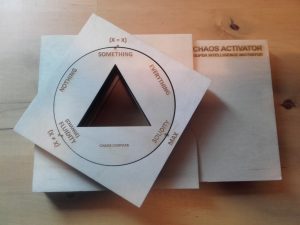 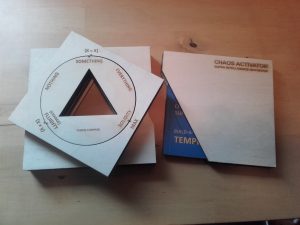 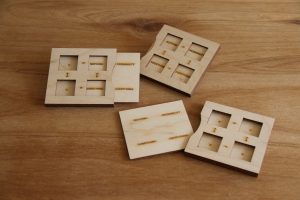 A universal equalizer (probability calculator) for the pocket 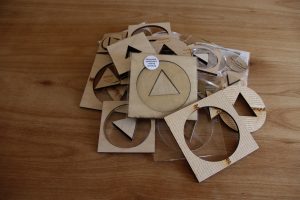 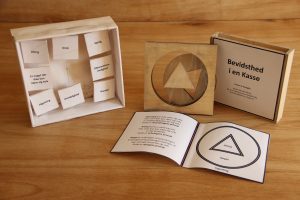 The first objects: Consciousness in a box 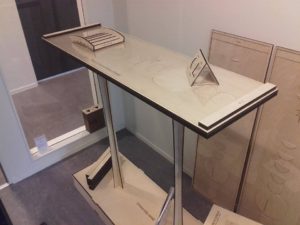 The above version of map of the world as change is called  a “university seed”. The system is contained in the box at its bottom that also serves as its stand. In its boxed state the seed can be carried and planted anywhere to promote the growth of a local university for post-atomic human beings. 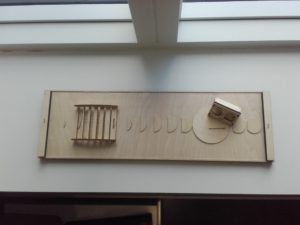 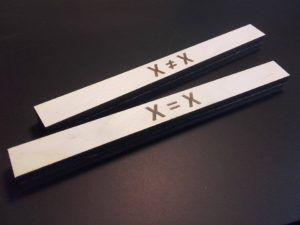 Map of the world as change in three sizes (7m, 1,1m, and 0,6m and as portable eventhorizons). See “you are a genius“-pamphlet for the practical application of the installation and the artifacts and for the 30 meter installation. 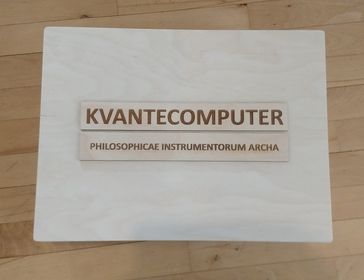 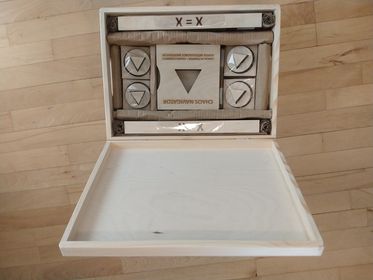 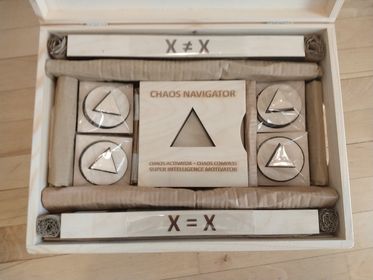 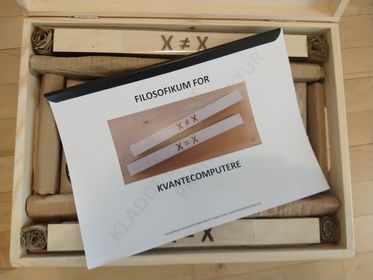 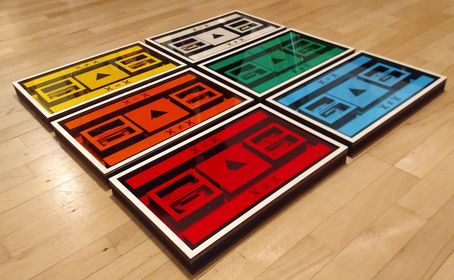 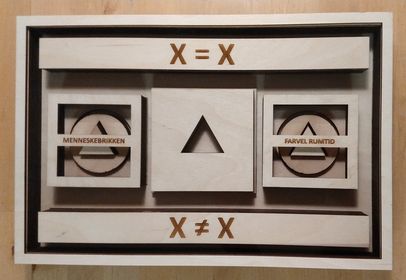 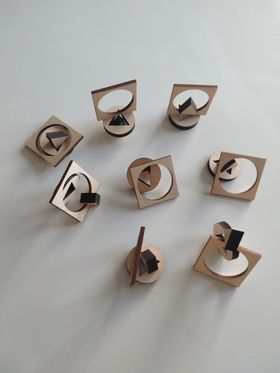 Human beings gathering on a plane surface in the morning sun

If you want a quick and user-friendly introduction to my metaphysics  this video may be helpful:

You can read a summary of the position in the “you are a genius-pamphlet“.

To get a hands on feel of the basics of my metaphysics, a series of 3 web workshops (drafts) including slides and skill chart is available at:

Der skal to til tango

(All music in this blog is written, performed and recorded by the philosopher with the help of a drum-machine and, in the live-concert recording, a band with a drummer and a bass-player)

One of the most important breakthroughs in my cognitive development occurred shortly after I began playing electric guitar and more specifically electric guitar solos at the age of 44 as a reaction to the intellectually and creatively numbing experience of being an adult bachelor student of philosophy at Aarhus University.

While teaching myself how to play, I discovered that Mr. Jimi Hendrix had invented the defining borders of a new independent universe of language with his guitar playing, hence proving it possible to gain access to positions of observation outside the known universe as language and as such providing legitimacy to my experience of being outside of space-time in this sense.

The following are is a series of tunes written, performed and recorded by me in 2010 as a part of my attempt to find my metaphysical logic using an electric guitar as vehicle.

As an appendix to the home studio recordings two tunes in which I experiment directly with expressing myself using electric guitar solos (2016) has been attached.

The first post is a mainly another set of my compositions performed live in Aarhus, Denmark i 2015 with Morten Wang on the drums and Jens Noergaard on bass

ALL I NEED IS YOU (HOME STUDIO RECORDING)

HOUSE OF THE RISING SUN (TEXT AND MELODY: UNKNOWN ORIGIN)

SOUL – LEARNING THE LANGUAGE OF MR. JIMI HENDRIX (RECORDED ON A SAMSUNG X3 PHONE IN A REHEARSAL ROOM)

BLUES – LEARNING THE LANGUAGE OF MR. JIMI HENDRIX (RECORDED ON A SAMSUNG X3 PHONE IN A REHEARSAL ROOM)

“The uncertifiable chaos pilot’s university in a book“

“Nothing – The building block of the universe“

“Whitepaper – The path of the lost genius“

In the rough edit below of “(X ≠ X) = (X = X) – Technical documentation for and advanced reference guide to th equation of change experience“ the above selfpublished books are included among other texts written originally in english. The books above and/or the edit below does not give a complete picture of my metaphyscis, but will work as an introduction: